Madagascar is home to every species of lemur-these primitive primates are found nowhere else on earth. Destructive farming methods, logging and hunting for their meat has led them to become some of the most endangered mammals on the planet. The Duke Lemur Center (DLC) encourages conservation in Madagascar’s SAVA region by supporting the livelihoods of rural people and communities. The DLC works to promote education, reforestation, family planning, fuel-efficient cooking stoves and conservation-oriented lemur research projects. 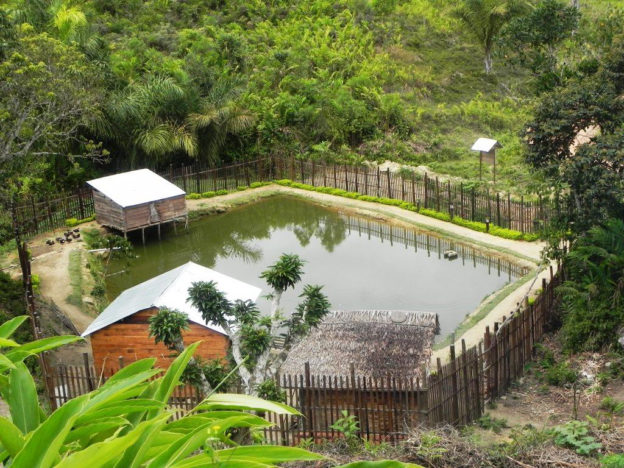 With support from Conservation OutREACH, the SAVA Conservation Initiative has been teaching local residents how to build long-lasting fishponds. Fish, an economical and reliable protein source, serves as a substitute for the meat of hunted lemurs. The fish reintroduction program also helps to bring back an endangered cichlid species called “Fony”. Twenty-five percent of the farmed Fony are released after each harvest into local rivers to assist in reestablishing the population, benefiting both the present need for protein and future environmental sustainability. REACH began providing support for the construction of numerous village fishponds through Madagascar’s SAVA Conservation Initiative in 2017.